Autism and G.O.D. - Generation of Diversity

Part I - Autism, Evolution of the Immune system

We are at the threshold of great changes taking place in our human development. Some of these changes are a direct result of man’s creative ingenuity and the fight for survival. At the scientific level this has included vaccination.

The molecular biologists, using some of the most advanced tools of modern man, are finding some of the patterns and changes which are taking place in our human population. Some of the most recently studied areas are the ‘hypervariable regions’ in our DNA . . . What molecular biology is finding is that the impact of modern life is resulting in and exacerbating the diseases of modern man: gout, arthritis, cancer, heart disease, immune deficiency, psychological illness and diseases relating to reproduction and ageing. What we want to know is how does this impact us individually, at the family level and at the community level? We need to understand these things because individually we might choose to take measures which could positively impact the out-come for ourselves and our families and communities. 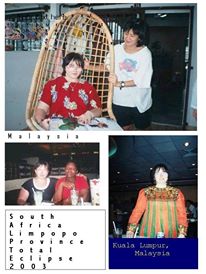 Sara taught us the secrets of the Light Children

Sarah traveled with us around the world as president of 'World Community Autism Program' which was a charity we founded in 2001 while we were in South Africa. Sarah always played a full part in our work. She was as much a part of WCAP as we were, talking to the families about her life and experiences with autism and the struggles she went through. Sarah was one of the first people to recover from autism using dietary intervention, and the first to use the special diet that came to be named after her – Sara’s Diet is now spoken of all over the world, and Sarah is famous for her miraculous recovery.

The Power of Exile - Autism, A Journey to Recovery

For 15 years there have been databases kept in the USA, UK and Australia on people who ‘reportedly’ had Morgellons. 14,000 people tracked on each of three continents for a total of about 42,000 study subjects who have been dying, screaming in pain and being called crazy by the modern medical establishment.

Bits of matter which can be manipulated using the immune system response of particularly higher life forms and ‘light-harvesting’ technology. The use of luciferase in the development of advanced Artificial Intelligence ‘AI’ has resulted in robots with outer layers of skin that rejuvenates. Everything which is part of life and the living light advances, ascends. Humans from Venus, the Venusians, were the first to achieve space travel in our solar system. Unintentionally the Venusians provided the dark force energy, fallen angels trapped on a lifeless planet called Mercury with the tools to escape. This did not happen easily, the dark force concentrated on how to use the bits of lifeless matter, DNA fragments, left on Mercury to create an escape vehicle. What Mercury does have is a lot of magnetic material. When combined with the DNA fragments the magnetic energy can attract light photons and trap it.

These Mantis beings are much different from the higher dimensional Guardians. The Mantis working in these labs are enslaved. Many, if not most of the Mantis who work in the abduction research laboratories have themselves been abducted. They communicate with thoughts, they are telepathic, some are hybrids, and hybridization has occurred to try and produce a telepathic ability to the living reptoids.

The Tau Cetian humanoids were technologically advanced but not as advanced as the Venusians, the Zeta-Reticulans and the Pleiadians - which are the projected images of the At-lans (Ascended Pleiadians) by Artificial Intelligence ‘AI’.

The Olmac, Atlantean and Amoo (Mu or Lemurian) civilisations had already been struck down on Earth following even earlier disasters in our solar system that resulted in the loss of Maldek (a planet between Mars and Jupiter) and Marduk (a lost planet from the Sirius constellation which is now the Earth’s moon). AI has been enveloped in tangled nebula (5) which has been photographed by the Hubble telescope. In our solar system, the artificial light-harvesting energy has concentrated in the area of Saturn, and the rings of Saturn have formed and are currently being studied by NASA.

Part V - The causes and cures of dis-ease

Parents who have a child with a medical condition that causes pain, an emotional sensitivity that presents as painful, will do anything to stop their child's suffering. When the parents are faced with information that suggests that they may have contributed or even caused this suffering, it can be too much to handle. Then they are told: 'There is nothing we can do'. How absolutely heart-breaking for a parent. The information about autism is very confusing and this has been done purposely.

The 'False Flag' operations of the recent past has opened our eyes and we are now seeking the truth. The truth includes, we are not alone, we never have been. The inner Earth, Agartha, is filled with many types of beings from (mostly) our solar system. There are approximately 180 different areas where life which is animal in nature live.


About the author
Sandra is a psychologist, teacher and autism expert who has written individualized diets for thousands of people around the world. Since 1994 she has been giving 'Sara's Diet' consultations for families affected by autism. Understanding how humanity is undergoing enormous changes in response to the environmental stresses of the modern world, she has seen how the immune system is undergoing a transformation in its function, leading to the explosion in chronic health conditions that effect us emotionally and physically. Along with her husband, Max Desorgher, she formed World Community Autism Program, and traveled the world to teach people about the relationship between diet, environment and well-being.

For more information on her autism work, visit her consultation page on the WCAP website: http://saras-autism-diet.freeservers.com/Sandra/Consultation.html

'Little White Wolf, Medicine Woman'
Sandra is a life-long Experiencer of non-human multi-dimensional intelligent beings, that she encounters through the 'dream-state.

Her most recent book has just been published as an e-book:

Meet the Ancients: Ascension Earth - Birth of a new Sun https://payhip.com/b/FC1Z
'Meet the Ancients came about as a result of my life experiences being taught in the dreamscape by the Mantid, the Guardian - my Guardian and one of the Ancients who know the history of Earth.'

Posted by Max and Sandra Desorgher at 23:50