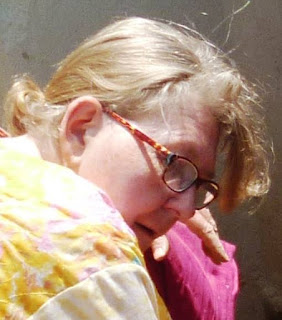 "In January of 2016 during a dream state I found myself in the company of a Light Being. I could only see the folds of the garment flowing around the area which would be at ankle length. The garment appeared as silk or linen-like in appearance and the color was beige but the edge was golden. I was curious enough to ask the name of the Light Being and received answer Auragius from the dog star Sirius. Instantly I was informed through the knowing rather than from sound or telepathy that this Being was available or instructed to accompany my spirit to places where the “white wolf” could not go."

"I woke feeling that I had been in a gathering of female energy bodies who had in common a similar age during their present incarnation. The Light Being teacher appeared to me as Auragius and was communicating that the spiritual beings gathered together had in common:
Sandra

Posted by Max and Sandra Desorgher at 17:38 No comments: Links to this post