Glyphosate, a chemical ingredient found in Monsanto’s Roundup and hundreds of other herbicides, has been found in vaccines. Moms Across America received preliminary screening results from Microbe Inotech Laboratories Inc. of St. Louis, Missouri which show the DTap Adacel (Sanofi Pasteur) vaccine had 0.123 ppb, Influenza Fluvirin (Novaris) 0.331 ppb and HepB Energix-B (Glaxo Smith Kline) 0.325 and Pneumonoccal Vax Polyvalent Pneumovax 23, (Merck) had 0.107 ppb of glyphosate.The MMR II (Merck) vaccine, which CDC whistle blower Dr.William Thomas has linked to autism, had levels up to 25 times higher than the other vaccines, at 2.671ppb. Subsequently, multiple rounds of additional independent tests have confirmed these findings at or above the same levels. 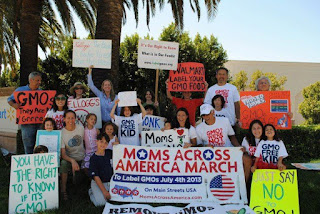 Posted by Max and Sandra Desorgher at 14:57 No comments: Links to this post

Posted by Max and Sandra Desorgher at 07:38 No comments: Links to this post