Dream Consciousness, Sharing the Knowledge, Luciferase and the Blue-Grey aliens 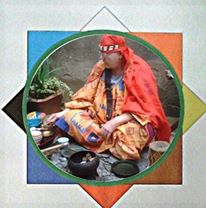 When we dream, our consciousness energy is more easily connected to the greater consciousness. Some of us keep tight control and will accept experiences which are exciting, like flying, looking at the world we know from above – this happens most often in middle child years. As we learn that humans cannot fly these dreams fade away, we no longer accept this possibility. Others keep this possibility and continue to use the dreamscape to explore the universe, people like Nassim Harramein. Others, like Bruce Lipton will use the experience to explore the consciousness of the skin, plant consciousness, and then share the amazing research findings. 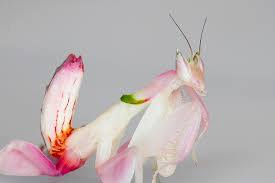 In my experience, the consciousness energy of the body can escape the 3D physical body and is just as real in ability to see, hear, taste, touch, smell and even more so than when encumbered by the physical body in our third density waking experience. Can we then wake in another density? in my experience we can. We can have a waking experience in the dreamscape and there is physical evidence to support that these experiences are real, strange marks, bruises, implants and memories. Is it then possible to have the experience without also having to reach this state through the dreamscape? It is possible and that is what the Buddhist and Hindu the Tao and indigenous Visions quests are about.

When these consciousness experiences were at the height of practice among the ‘common’ people, the power of the people was feared and heavy use of every tool imaginable by the elite, overlords, ruling monarchs, czars, sheiks and churches demanded these practices be abandoned. People were hung, burned, beaten to death, pierced and buried, villages were burned and the ‘sovereign nations’ were born. The old ways were forbidden, snake oil outlawed. Anything which comes from nature and which promotes a state of relaxation is cordoned off, named national park, heritage site, controlled substance – the indigenous people are moved from their ancestral homes, the rain forests are cleared, diseases are spread and the people are prevented from raising their children and grandchildren in the community.

Some communities survived, the old ways are strong and the oral traditions guaranteed the history would be passed from one generation to the next. The communities continue to practice the chanting, dancing, preparation of natural substances to commune with the consciousness energy. Visions or dreamscapes are shared. Healers, visionaries, teachers and warriors emerge. We are sharing the knowledge of this type of journeying now. We are not alone. There are many beings besides earth humans and many of these beings are intelligent, perhaps more intelligent in many ways. They definitely have more advanced equipment for dealing with medical issues.

I have had multiple near death experiences, perhaps these experiences have made me more open to the possibilities, perhaps this is why I chose to be born now, in this body with the right set of genes so that this body could be used as a bio-chemistry set for learning about geo-biology. 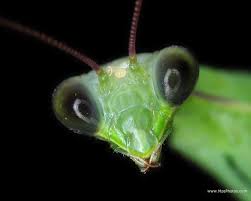 I attended my first autopsy in 1974, I was 16 years old. The pathologist was a friend of my Dad’s and I had what might be called a ‘morbid’ curiosity. From time to time some strange findings would come to light and the pathologist would page me on third shift, I was usually in the library. One evening I was in the library and a fax came through – it was 1994. There were a group of doctors at the hospital where I worked from Triangle Park, North Carolina. These visiting doctors were there for a seminar and the Fax was marked urgent. So, I stayed over to make sure the oncology team got the Fax. I also read it. It stated the ‘pharmacologists’ - plant pharmacologists form a research hospital and University in California has isolated luciferase in a human double-blind study. Humans are not supposed to have luciferase in our bodies. Fireflies and some jellyfish use luciferase which is how they glow. More recently, bacteria and mushrooms are being investigated. The group which had the luciferase in 100% of the cohort (study group) also had one other defining feature, they were all diagnosed on the autism spectrum as ‘severe autism’. What should they do?

I overheard these visiting doctors talking about this briefly before I left work and the consensus was to fax the California group and tell them to junk the findings, treat the exercise as a pre-trial and choose another human cohort, perhaps from the psychiatric unit or nursing home facility. In my experience working with the Mantis beings, their understanding of how luciferase works is that it is used for cloaking devices – artificial light harvesting attributes – and for rejuvenating the ‘skin’ for the Artificial Intelligence, the porpoise skin for the blue-grey robots that look like aliens. And, they are alien, they are just not life forms. 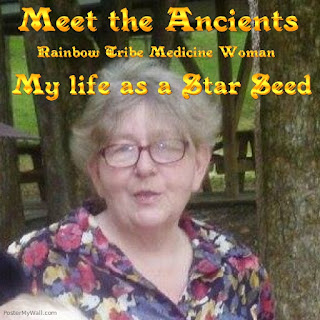 Sandra and Max Desorgher share their life stories of contact with non-human multi-dimensional intelligences, and the Knowledge that these beings have shared. Woven through the narrative is the story of Sarah, a whirlwind of an autistic girl who helped us to understand the mysteries of autism and the 'Light Children', and Sandra's struggle through the devastating condition known as 'Morgellons Disease', or 'Silent Superbug'.

Posted by Max and Sandra Desorgher at 19:37

Sandra, After reading this article, I am puzzled. Does this mean that the autistic people in this study who had luciferase in their blood are robotic unhuman entities? Or is their something else being implied here?