We are 9-Centered Beings 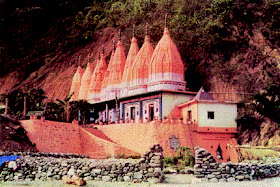 “All beings are multi-dimensional, including humans. Our problem is that we have forgotten our multi-dimensional nature and have been disconnected from much of ourselves.” http://in5d.com/4-types-of-multidimensional-beings/ 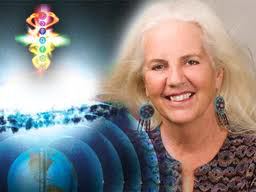 Barbara Hand Clow is an Astrologer, author, and expert in the Mayan Calendar. Her books include “The Alchemy of Nine Dimensions” and “The Pleiadian Agenda: A New Cosmology for the Age of Light”.

Barbara was given the Knowledge of Nine Dimensions of Human Consciousness, by the Pleiadians, a group of 5th dimensional beings. 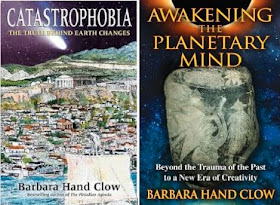 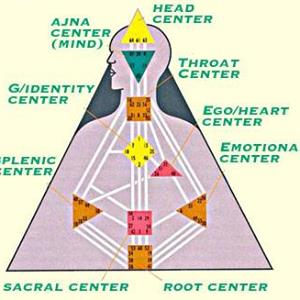 The Human Design System
Human Design entered the world in 1987 when Ra Uru Hu received a revelation from ‘The Voice’. It gives us a completely new understanding of the human life process, and shows us that we all have a unique design and a specific purpose to fulfill while on Earth.

According to the Human Design System, humanity is in the process of transition into a new being - the RAVE - which is a fully evolved 9-­centered being. http://sojmed.wixsite.com/cumberland-academy/human-design


The First Dimension
The Akashic records are stored in the crystalline center of the earth, the first dimension. This databank of earth history can be hooked into at grid inter-sections or vector points on the surface. These ‘Secret Places of the Lion’ are repositories of ancient knowledge, revealing a deeper history of mankind and our interactions with multidimensional knowledge and higher intelligences.

The Second Dimension
This is the realm of crystal and mineral essences, of viral and bacterial life-forms; It is where primal life emerges out of the rocks and the oceans and the interiors of our bodies, the telluric realm, of earth magic, shamanism and natural healing.

The urge to ‘move off-grid’ and reconnect with the earth, with healing and shamanic cultures, tells us that these second-dimensional energies are calling us to heal ourselves and the planet from the pollution and stress that we have created.

Third Dimension
Humans are the keepers of the third dimension. This is the realm of our everyday lives in linear space and time, of interactions, sexuality and relationships. As custodians of this realm, it is our responsibility to use our life-force correctly, keep the planet healthy and to ensure that we survive as a species.


Fourth Dimension
The 4th dimension is the collective unconscious, or mythical realm which has been deeply manipulated by the control systems and religionists of the world to keep us locked into a mindset ruled by fear of God, war and punishment.

Since 2011, we have been moving upwards through the 4th dimension, through a collective awakening. In Human Design, this is seen as the awakening of the Solar Plexus as a consciousness center:


“According to the Human Design System, humanity is in the process of transition into a new being, the RAVE. For the full mutation to happen, the emotional center, or Solar Plexus, has to fully mutate into an awareness center.”

As we move up through this field of projected belief systems, the veils of secrecy are lifted and the deceptions are exposed.


Fifth Dimension
According to many channelers, we are moving into a 5th Dimensional awareness.


“The slowly increasing energies needed for a birthing of the new consciousness and the earthing of a new planet began to flow to us in the late sixties.” Ruth White; Gildas Communicates www.spiritwritings.com/booksnewearthreviews.html 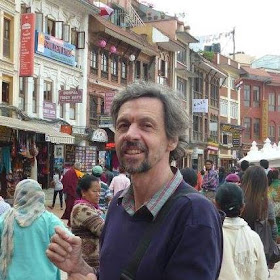 "I have been on a knowledge quest my whole life. I am a healer, writer, teacher, counselor, artist, poet and world traveler. My vision of establishing a healing community that is also a center of learning, is finally coming to fruition."

"If we are to fully awaken, we need to reconnect to the tree of life"

We are 9-Centered Beings - pdf version